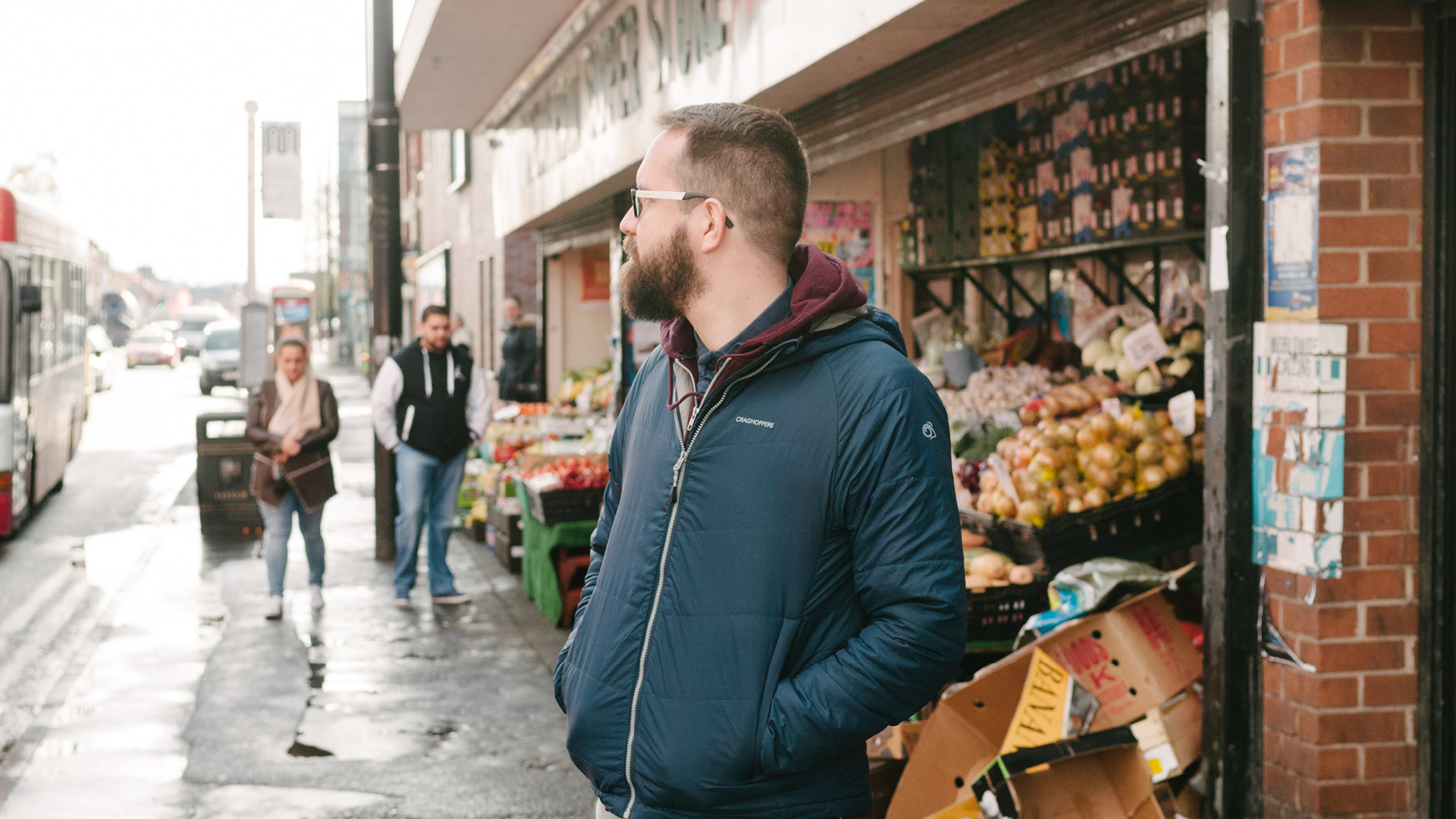 It was an encounter with the Holy Spirit in the freezing cold conservatory of a friend’s house which radically altered the direction of my life.

As I began to take steps of faith for myself and looked to count the cost of following Christ, I gathered with a couple of friends to seek God after college one evening. We didn’t hear the sound of a violent wind or witness tongues of fire resting on our heads, but we knew the presence of God as our hearts burned within us, much like the disciples on the Emmaus Road.

The love of Christ was revealed like never before. I sensed love’s great depth and tasted its unfailing nature. What an incredible sense of joy flowed – I could have easily remained there for weeks. When love dwells, transformation comes. My moment of transformation began as God displayed his love for others before me. I was overwhelmed by his passion for the least and the lost and the last. His tenderness towards the roughest and the toughest stunned me.

On Christmas Eve 1910, William Booth, founder of The Salvation Army, sent a primitive text message to his officers around the world. With limited funds and aware of the cost of each letter he used, Booth drafted a telegram that simply read ‘OTHERS.’ He summarised the Army’s mission beautifully. That night in an icy conservatory in Dukinfield, it was as if those six letters and a full stop had been etched onto my heart. I received God’s love afresh, and with it, the great responsibility to make it known to the ‘others’ of this world.

How easily we compartmentalise the love of Christ. We neatly separate God’s love for us as individuals and God’s love for our neighbours. Inadvertently we place greater value on the personal affection of Christ. Often we crave and even demand that God should show his love to us yet overlook his love for others. We worship and pray, hoping that our adoration will be reciprocated while having little expectation that the love we may discover in Christ goes way beyond us. We pursue his affections and yet reject the implications that a revelation of his love demands. The love of Christ is not a private affair. Deeply intimate, yes, but wholly individual it is not. If you hear God speak of his love for you and fail to hear his love for others, then you have selective hearing. God’s love is for his people – it is a kingdom love and you are not the king. Christ’s love is corporate and communal.

Our team in Openshaw worked for many years with the Starling family. Mark, a single parent, was a long term heroin addict and had struggled to provide for his two boys. Social Services had intervened after the boys had been seen scavenging for food in a neighbour’s bin. Graciously our Eden team leaders took the boys on until other family members stepped up to provide permanent care. Mark struggled on. I visited him often and he remained hopeful that his boys would one day be returned to him despite his spiralling addiction and declining health. Desperate to see his life restored, I sought to find him a place in a rehabilitation centre. The demand for rehab places was high and this meant that each day Mark would have to call at 8am to ask if a bed had become available. The only routines Mark seemed able to maintain were those his addiction demanded, so waking daily before 8am hadn’t been a priority for 20 years or more. For days, I became the community rooster, as at 7.55am each morning I would be stood in the street shouting up at Mark’s window to rouse him. On one occasion, unable to wake him, I had to climb through a hole in Mark’s front door. (The night before had been eventful, culminating in the police being forced to kick their way into the property. It appeared they too were having trouble getting access to Mark.)

Mark was spiralling and the best option was for him to come and stay in our home where we could wake him with a cuppa each morning before making the call. I wish I had asked my wife before I made the offer to Mark. He had moved in to our spare room before we got a chance to discuss it. Mark smoked in bed until challenged, then stood on the windowsill and smoked with his head out of his window, which made little difference to the Golden Virginia fragrance of our house. He enjoyed long showers and wearing my clothes. We enjoyed the adventure, I think. At 8am one morning, we received news that Mark had a place in rehab – a real answer to prayer. So Mark and I went shopping for toiletries and pyjamas before making our way to the centre. As we crossed Alan Turing Way headed into town, Mark very bluntly asked if at any point I intended to pray for him.

‘Are you gonna pray for me or what?’ he said, to which I replied, ‘Er, of course I will Mark… in fact I have been praying for you all the way down here, just in my head’. I thought he would be impressed by the hotline to heaven and the consistent and regular nature of my prayer life but his reply suggested the opposite: ‘You selfish bastard!’ He told me I was never to talk to Jesus behind his back. He suggested that if I had anything to say to Jesus concerning him then he was entitled to hear it. Similarly, he felt it was only fair that if Jesus wanted to say something about him then he should at least be able to listen in on the conversation.

I could find no fault with Mark – despite the crude nature of his rebuke, I felt challenged to the core. I had felt I had shared so much with him – I had given him my time and my underpants. I thought I had shared the best of myself and I told him plenty about the love of Jesus. But despite my sacrifice, it seemed I had kept the reality of faith to myself. My relationship with Jesus had become personal and hidden behind a ministry of good deeds. What an incredible blessing it is to know the love of the Father. We can not hide it or squirrel it away. God has a purpose for your life and it starts very simply with making known the love he has lavished upon you.

God generously pours his blessings into our lives but we are not to store them up selfishly. He displays his love to you so that you might display his love. He heals and transforms you so that you might make known his power to transform. God reveals his mercy so that you will speak of how merciful he is. God has rescued you in order that you will be involved in his rescue plan. Yet we have a strange habit of making ourselves the destination of God’s blessing. How often we pray that God would fill us, but fail to ask for help in using his blessings to bless others. It appears that often the love of God comes to us but not through us. We act not as the fast-flowing highway of our God along which his blessing flows to the world but as a tidy suburban cul-de-sac, the journey’s end for God’s blessing. The blessings of God are not intended to remain with us but are given that all may gain and be sustained by them. The evidence of true encounter with God is not how much you love his presence, but how much you love to make his presence known to those around you.

Eden remains passionate about serving those facing disadvantage. We are committed to addressing the needs of our neighbours in practical ways. We take a holistic approach to mission that seeks to alleviate suffering and strengthen the weary and fight for social justice. But we are a gospel people. Our good deeds are good news in themselves but they must never replace the words of truth that bring news of an eternal hope. We are good news to the poor and we bring good news to the poor. The best news we can share is the vast love of our creator God, willing to send his Son to die to save a world from sin. In all our doing good, we must never forsake the gospel.