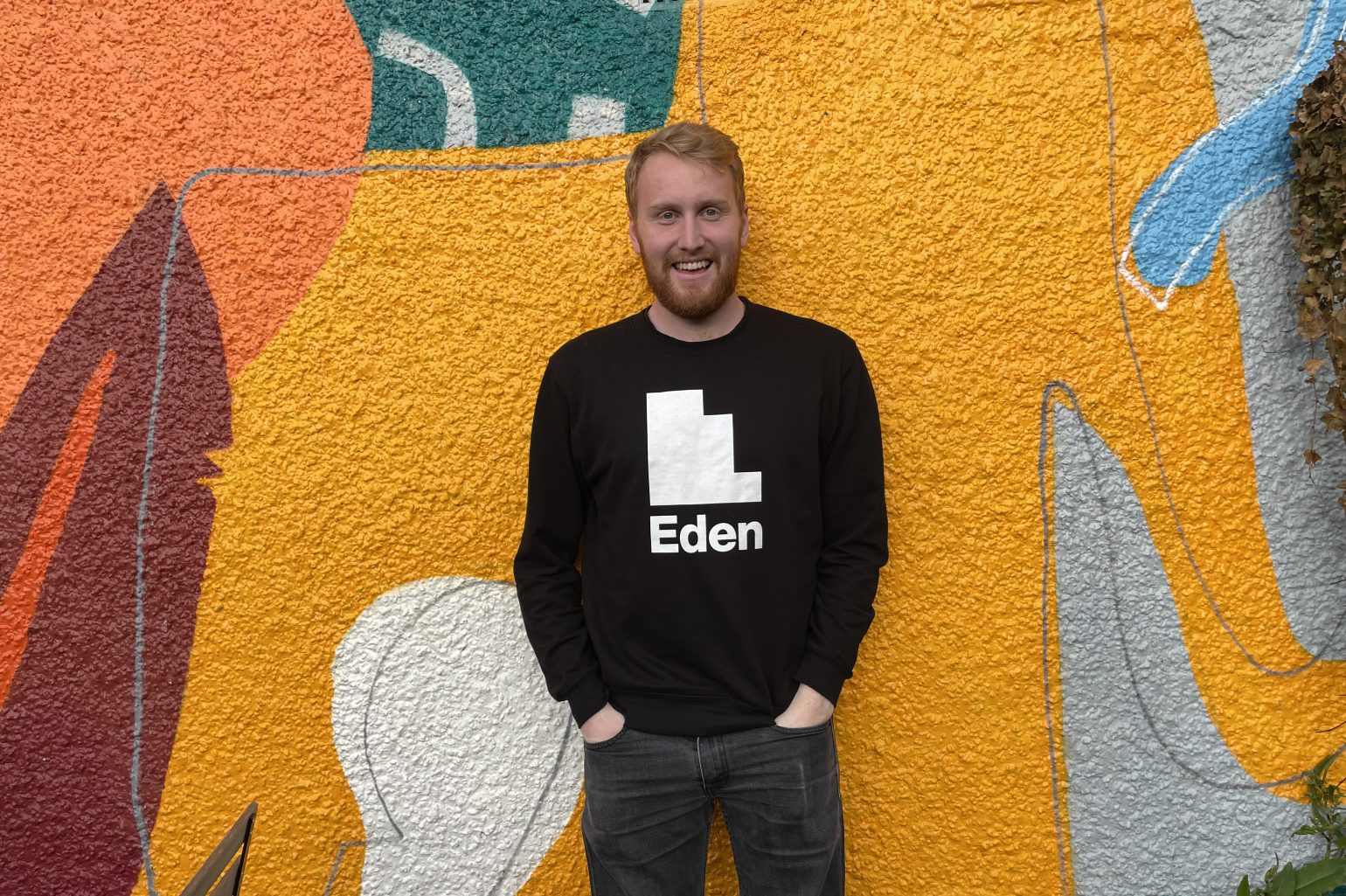 Last month we launched a new team into Scotland into one of the most deprived areas partnering with an incredible Church already based in the Community. We’ve had several Eden teams across Scotland over the years and we are excited to have Alex the new team leader moved into Dumbarton West, we caught up with him about how it’s going so far and what his process of joining Eden looked like.

Tell us a bit about yourself?

I’m Alex, I’m 25 and originally from Brighton and Hove on the South Coast, and I am a month into being the new Eden Team Leader in Dumbarton, Scotland.

How did you hear about Eden?

I was interested in applying to work for a church in Scotland and was exploring ways I could do that while using the gifts I believe God has given me; community work, caring for people and working with youth. I was put in touch with Rock Community Church while they were looking to start an Eden team to further the work of their already flourishing community projects, aiming to send out a team of evangelists into the estates of Dumbarton West.

What was the process for you deciding the join?

I have to admit, when I began applying for the Eden role, I hadn’t heard much about the work of the organisation. But during the process, the more I heard about it, the more interested and excited I was about applying to lead a team. The thought of seeking to support those that are often ignored or marginalised by both the church and society, while introducing them to a new hope-filled way of life they can access through Christ really thrilled me. I registered interest in the job back in October but due to various funding and logistical issues I wasn’t able to be in a place to move up until May, so God was teaching me patience through the application process. But having moved here I’m reassured that he brought me where I needed to be at exactly the right time. During the process, I went up to visit the community I would be working in and immediately fell in love with the people, the work of the community centre, and the vibe around the town.

How has the move into a new community been?

It’s been great, but not easy! I didn’t manage to find accommodation until two weeks before I moved and ended up having to take the only flat available to me. The flat itself is based around the corner from a housing block built for rehousing ex-homeless and ex-offenders. This caused me to experience a bit of culture shock as I moved up from middle-class Brighton but has proved to be a blessing in disguise, as it’s placed me in the exact position I needed to be in to reach out to those that need it most.

How has it been going so far?

It’s been an exciting but slow start. I’ve been getting involved in a load of youth work, community events, and groups around the town, just getting settled in. We had our first meeting as a team last week just to flesh out some vision stuff and think about the things we love about Dumbarton West. The team are great, full of some real wise-heads and servant-hearts, and I’m hoping to enjoy a few good years yet working alongside them. One of my favourite things in the first month has been getting to meet so many people who don’t yet know the Lord.

What can we be praying for?

Please be praying for our formational stages as we prayer walk, map our community, get to know each other, and work out where we can best serve the community. Obviously, as the cost-of-living increases, those in Eden areas will be the first to feel it so pray they would feel everything they need is provided for them. Pray for our church as we have baptism services this Sunday (26th June) with around 6 people being baptised, pray that those people will be wholeheartedly giving their lives to Christ. And pray that we would all be fully trusting God to work out his plans for this community in us.
Thank you